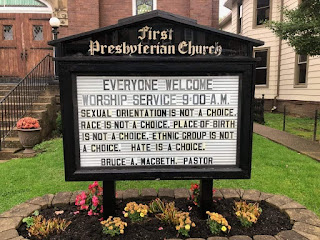 This was my 200th post, published on December 10, 2014. I recently read that the opposite of faith is not doubt, but certainty. Merry Christmas!

A few weeks ago I was reading one of Southern writer Flannery O’Connor’s last short stories, entitled “Revelation,” published posthumously in her collection All That Rises Must Converge. She takes the book’s title from Teilhard de Chardin, whose writings as both a scientist and a mystic she greatly admired.

The story is written from the perspective of an older woman who finds herself in a doctor’s waiting room, looking from person to person, engaging in small talk. Her judgmentalism is in high gear as she silently evaluates their appearance, their interactions and lack thereof, as well as sharing aloud the foibles of people in general with another woman. I was especially put off by her frequent use of the “n-word.”  In that brief story I saw the unabbreviated word more often than I have seen it in recent decades.

Needless to say, I too was frothing with judgment (of the protagonist) as the story came to a surprising twist. Without giving the story away, something happens that upsets her certainty about things, and later, watching the sun set, she has an unsettling vision of what was to come: all the people she routinely judged marching nonetheless toward heaven, “battalions of freaks and lunatics shouting and clapping and leaping like frogs.” The story continues:

And bringing up the end of the procession was a tribe of people whom she recognized at once as those who, like herself and Claud, had always had a little of everything and the God-given wit to use it right. She leaned forward to observe them closer. They were marching behind the others with great dignity, accountable as they had always been for good order and common sense and respectable behavior. They alone were on key. Yet she could see by their shocked and altered faces that even their virtues were being burned away.

I cried with recognition. I was her. Flannery O’Connor tricked me, even as grace tricks us all. We think we will be saved by our many words—prayers, sermons, posts—or our many deeds—charitable, political, religious. But it’s grace that really saves us.

In the woods around her the invisible cricket choruses had struck up, but what she heard were the voices of the souls climbing upward into the starry field and shouting hallelujah.

Donations to Progressive Christian Reflections may be given safely by clicking here and scrolling down to the donate link below its description. Thank you!

Copyright © 2014 by Chris R. Glaser. Permission granted for non-profit use with attribution of author and blogsite. Other rights reserved.