Everything You Wanted to Know about God but Were Afraid to Ask! 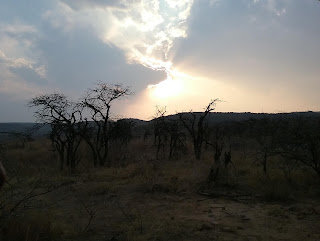 My final post on my blog “Progressive Christian Reflections” will occur on June 30, 2021. More than ten years of posts will remain available to you on the blogsite, https://chrisglaser.blogspot.com and I encourage you to enjoy them. I regret that I never created an index of post titles, but the search engine in the upper left corner of my blog can help you find posts of interest by typing in a subject, topic, name, scripture reference, religious season or holy day. Or you may work through them by year and month listed in the right column.

Though they may have been written with current events in mind, I intended them each to be read meaningfully at any point in time. You may continue to contact me at my email address used by the delivery service or by leaving a comment on a particular post. FeedBurner has announced it will discontinue all subscription services sometime in July, the occasion for my timing. It has been a pleasure writing this blog, but now, I believe, is a time for silence, something I considered when writing the Zen series.

I assure you I am well, content, and thankful to God for this extension of my ministry. Thank you for your interest, comments, correspondence, and contributions. I am grateful to Metropolitan Community Churches for recognizing this blog as an “Emerging Ministry” and ProgressiveChristianity.org for reposting many of my reflections, as well as the dozens of Facebook pages that allowed me to provide links to particular posts. I am grateful for the free services of Blogspot, Google, and the delivery service, FeedBurner. I am grateful for artist and friend Becki Jayne Harrelson and my husband Wade Jones for their technical and moral support.

To date, the blog has had 510,000 visits, a count that does not include almost 500 free weekly subscribers. Once donations were possible, the highest annual income was $2,000.  Subscriptions have always been free and the blog non-monetized (no ads). Permission has always been granted for non-profit use with attribution of author and blogsite. Donations may still be made through the links provided at the end of this post. Thank you!

Months ago I mentioned on this blog that I had finally picked up Karen Armstrong’s book, A History of God: The 4000-Year Quest of Judaism, Christianity, and Islam. Perhaps reflective of our desire for theological ignorance, I found it discounted on the remainder table at my neighborhood Barnes & Noble.

I must admit that, at times, I have been slogging through it, sometimes even setting it aside for days at a time. But I read all such books in the context of my morning prayers, hoping for inspiration along the way, so I just read a portion each day. The book is well-written and comprehensive, but overwhelming in its detailing of our fitful attempts to “know” God. Right now I’m flailing in the chapter on the Enlightenment and actually looking forward to next chapter’s “The Death of God?” Whew, what a relief after all this kvetching! (Apparently, making God a product of reason makes him/her/they more easily dispensable or at least optional. Stay tuned.)

Of course I’ve read other books on the history of religion, but there were many surprises and aha’s for me in this book.

Armstrong not only writes of Judaism, Christianity, and Islam, but also of Hinduism and Buddhism, though to a lesser extent. What surprised me is how various religions often paralleled and sometimes informed one another’s trains of thought. Given our contemporary insistence on religious divisions, I found it consoling that there are historically points of agreement and sometimes civil disagreement.

There are also periods of dysfunctional fighting within and among religions, and though each have suffered their unfair share of persecution and unpopularity, it seems to me that Jews got the worst of it, long before the Shoah, or Holocaust. Made me more sympathetic to the raison d’être of the state of Israel.

What struck me also is that all religions have had their intelligentsia—their philosophers and academics and scientists—which has helped shape the religions as we know them.  And that those who tried to make religion only “of the heart,” could be among the most dangerous because of their subjectivity that resisted intellectual scrutiny.

I had the biggest challenge reading about Islam. I was already familiar—if vaguely—with many of the names and general movements in other religions, but there were so many names and movements in Islam—both unfamiliar because of my lack of education as well as sounding exotic—that it reminded me of a classic Russian novel, having so many characters!

I found the chapter on the Reformers particularly disheartening, especially Armstrong’s treatment of Martin Luther—at this point I reminded myself that Armstrong is a former nun, but that gave me little solace, given her obvious command of religious history. Calvin came off better, I’m happy to say, given my Presbyterian background, though later development of his thoughts on predestination is scary.

You might have guessed that I would be drawn to the chapter and segments on the mystics and mystical traditions, by which all religions were blessed. I was already familiar with many, but now to read of their experiences and insights in relation to one another and their respective religious traditions made me esteem them yet more highly. To me, they provide a salvific thread to what was often a brutal enterprise of religion and theology.

Another salvific thread for me was Eastern Orthodox thinking that we can’t possibly know God as he/she/they is in actuality. Also I liked the idea that God is “no thing,” somewhat of a parallel to what I’ve read of Buddhism’s “no thing.”

By comparison, Armstrong explains how talkative Christianity became in the West, with its emphasis on doctrine and systematic theology. Instead, in Eastern Orthodox understanding, we need silence to understand/experience God, which I believe is central to a spiritual life. Of course, then we might come back to a religion “of the heart” and the subjectivity that is potentially dangerous. But communing with God was to be of the mind as well, and within the context of a spiritual community and a spiritual tradition that can serve as correctives.

As a progressive Christian, two other things were of particular interest:

First, literalism was rare and “untraditional”: there was a deep respect for and valuing of the place of myth in all religious traditions. Myth and storytelling reveal something deeper about our human experience than can be explained. To take them “literally” is to do them and us and even God, a disservice.

And second, those who treated others badly and judgmentally were doing so out of their anxiety and fear of an angry god too demanding to please.

Once the Bible begins to be interpreted literally instead of symbolically, the idea of its God becomes impossible. To imagine a deity who is literally responsible for everything that happens on earth involves impossible contradictions. The “God” of the Bible ceases to be a symbol of a transcendent reality and becomes a cruel and despotic tyrant. (p 283)

Could it be that a deliberately imaginative conception of God, based on mythology and mysticism, is more effective as a means of giving his people courage to survive tragedy and distress than a God whose myths are interpreted literally? (p 286)

Armstrong suggests the benefit of discovering God using “the imaginative disciplines of prayer and contemplation,” and the danger of assuming God as a “fact.” (p 291)

In one of my earliest books and again, in one of my posts on this blog, I wrote that we can get into trouble when we treat matters of faith as matter-of-fact.

Copyright © 2016 Chris R. Glaser. Permission granted for non-profit use with attribution of author and blogsite. Other rights reserved.